If you’re planning to take a certification exam soon, you should have a good understanding of cloud deployment models (such as public, private, hybrid, and community). I’ve seen these topics pop up in several certifications lately including CompTIA Network+, Security+, (ISC)2 SSCP, and CISSP.

As an example, can you answer this question?

The Springfield Nuclear Power Plant is a private company and it is sharing resources with the Springfield public school system via the cloud. No other organization can access these resources. What type of cloud deployment model is this? 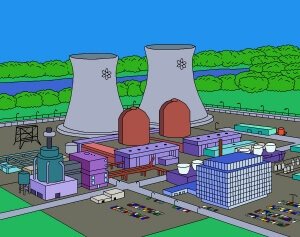 Cloud computing is one of those catchy terms that has captured our imagination. It just sounds cool. “To the cloud….”

Even though the phrase cloud computing is relatively new, the concept isn’t. In short, cloud computing simply refers to accessing computing resources via a different location than your local computer. In most situations today, you’re accessing these resources through the Internet.

One of the challenges with any new technology is identifying consistent definitions. Vendors often use terms they’ve made up or they use the same terms but in different ways.

Where Can I Find Authoritative Definitions?

There isn’t a single source that identifies authoritative definitions. However, there are two good sources

The National Institute of Standards and Technology (NIST) regularly publishes Special Publications in the 800 series. These are all available as free downloads.

NIST SP 800-145, “The NIST Definition of Cloud Computing” is a short 7 page document and it provides several definitions for cloud computing.

The US Department of Defense (DoD) published a “Cloud Computing Security Requirements Guide” in January 2015. This guide provides good information on different deployment models, and refers back to NIST SP 800-145 as an authoritative source for other cloud definitions.

A public cloud deployment model is one that is available for use by the general public. Here are a few examples:

There are more, but these provide a couple examples that many people have used.

A private cloud is available only to users within a single organization.

For example, the Shelbyville Nuclear Power Plant might decide it wants to store data in the cloud, but does not want to use a third-party vendor. Instead, the plant chooses to host its own servers and make these servers available to internal employees through the Internet.

The company would ensure the server is accessible via the Internet, but only employees would be authorized to access the server.

A community cloud is a private cloud that is shared by two or more organizations.

As an example, imagine that the Shelbyville Nuclear Power Plant set up a private cloud for employees but later decides to share it with employees of the Springfield public school system.

As an example, imagine that the Shelbyville Nuclear Power Plant hosts a private cloud for nuclear engineers and another private cloud for HR personnel.  Administrators could configure both clouds as a single virtual cloud. This is now a hybrid cloud.

Similarly, a hybrid cloud can be a combination of a private cloud within an organization and a public cloud or a community cloud.

Can you differentiate between different cloud service models?

Check back soon for a blog post on cloud service models.

The Springfield Nuclear Power Plant is a private company and it is sharing resources with the Springfield public school system via the cloud. No other organization can access these resources. What type of cloud deployment model is this?

Answer: A is correct. A community cloud is shared by two or more organizations. The fact that a company is a private company or that a school system is public is not relevant to the type of cloud deployment model.

B is incorrect. A hybrid cloud is a combination of any two or more clouds. It can be two clouds of the same type or different types. For example, an organization can have two separate private clouds from two different business entities, and then combine them as a hybrid cloud.

C is incorrect. A public cloud is not exclusive to any single or group of organizations. Instead, it can be used by any organization.

D is incorrect. A private cloud is used by a single organization.