Principle #13 in Jack Canfield’s book “The Success Principles: How to Get from Where You Are to Where You Want to Be” is “Take Action.” An important underlying truth about this is that

Assuming you’ve set a goal and begun using different processes (such as affirmations and visualizations) to keep the goal in your mind, you will begin to receive inspiration. It’s up to you now to take action.

Affirmations and visualizations program your Reticular Activating System (RAS) to focus on your goal.

What do you feel in your right big toe? 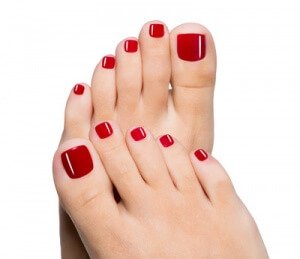 Before you read this, you probably weren’t thinking of your right big toe. That’s because your RAS filters out irrelevant information. Your RAS does much more, but it is an important element of your brain related to mental alertness.

If you were constantly noticing every cell in your body, you wouldn’t be able to focus on anything. Goals, affirmations, and visualizations provide guidance to your RAS to notice resources that have always been there, but you simply didn’t see before.

For simplicity, say you created this goal:

“I will earn the Security+ certification by midnight April 30.”

As the ideas and inspiration come to you, you need to act on them. For example, you may be inspired to buy a study guide, buy an online course, or do a google search to locate relevant blog posts.

All of your actions won’t necessarily result in immediate success. Don’t think of these as failures, but instead as opportunities to learn.

More, these hurdles are sometimes necessary for you to elevate your understanding of a concept.

As an example, I’ve tried out multiple test engines to use for online practice test questions. I programmed them myself, tried some free products, and purchased several. During each iteration, I learned something  and with the next iteration I applied what I learned.

The current test engine has a lot of great features such as the ability to record user activity, show high scores in a leader board, and it even supports drag and drop capabilities needed for performance-based questions. Is it everything I want? No.

However, action allowed me to learn several things. I don’t have time to program everything I need in a test engine, some developers are not responsive to requests for new features, and other developers are very responsive.

As inspiration comes, they take action. If the action works, they keep doing it. If it doesn’t give them the results they seek, they attempt to learn from the experience and move on by trying something new.

Last fall, I bought some daffodil bulbs and about a dozen of them never grew. I shouldn’t be surprised though. I never planted them. 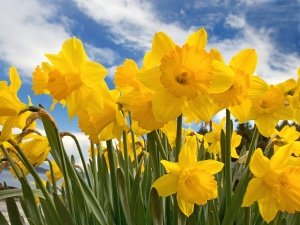 The simple lesson here is that the Universe does not reward even the best of intentions. The Universe rewards action.

Is it too late for my daffodils? The only way I’ll know is if I follow through and plant them. It still isn’t too late.

Similarly, it isn’t too late for any of your goals. There’s still time to follow through and complete them.

Interestingly though, great ideas seem to have a finite life. If you don’t act on them, they’ll become weaker and weaker until they ultimately disappear from your consciousness. However, even the smallest action on your part will help to bring them back into your consciousness.