Principle #29 is Complete the Past to Embrace the Future in Jack Canfield’s book “The Success Principles: How to Get from Where You Are to Where You Want to Be”.

All of us have baggage but we don’t have to carry it forever. We can let it go.

In contrast, if we keep packing more and more baggage into our metaphorical backpack, it doesn’t take long before all our energy is devoted to carrying it. And all the energy we devote to carrying this backpack is energy we can’t devote to being all that we were meant to be. 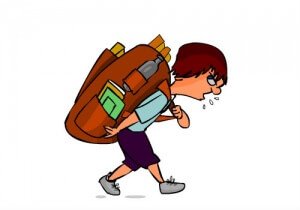 As an example, when I was about 12, my father committed suicide. The morning he did so, he told me and my younger sister that he was going on a trip. I knew what he meant. That evening when the police came to the door and talked to my mother, I understood. Later, I told my mother of the morning conversation and she blurted out “this is all your fault. You should have said something.”

The words became a heavy load of guilt and resentment that I carried with me for a long time. I repeated them over and over in my mind for more than a decade. Gratefully, I finally realized that this incident and the feelings I associated with it were holding me back from living up to my full potential. Ultimately, I examined the incident and processed it. I forgave my mother for the words and my father for laying the burden on me and my sister, and I let it go. If I was still carrying that guilt and resentment around, I doubt I’d have the successes that I’ve enjoyed since.

“Resentment is like drinking poison and
then hoping it will kill your enemies.”

We All Have A Story

Years later, while stationed in Okinawa Japan, I volunteered at several Chaplains Religious Enrichment Development Operation (CREDO) retreats. At a CREDO retreat, a group of Sailors and Marines spend the weekend and just talk. Attendees are encouraged to tell their story in a safe environment.

I heard many heart wrenching stories far worse than anything I ever experienced.

One gentleman worked as an Emergency Medical Technician (EMT) for many years and had many stories. He saw a lot of trauma, but in the heat of each incident he focused on saving people’s lives. And when one incident was over, he went to the next and focused on it. Each time, he stuffed the previous incident away in his back back. Unfortunately, he never unpacked them and they continued to weigh on his mind.  CREDO gave him an opportunity to tell some of these stories and process them.

What I learned is that everyone has a story.

However, by telling their story, people were able to let the incidents go along with the emotions that they had bottled up. 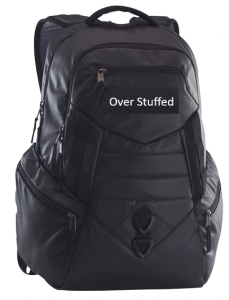 You might be able to process it simply by telling it someone else. While telling it, you may realize that it is in the past and not part of your present or your future.

Jack gives several ideas of how you can process these past incidents in this chapter. They include the Total Truth Process, forgive and bring yourself back to the present, and tapping.

The method you use to deal with the past issue isn’t important. What is important is that you do deal with it and don’t continue to carry it around.